In the first half of the year, Google announced several updates to advertising campaigns. Now, the update for bidding strategy and keyword matching is finally about to be implemented. Target CPA and Target ROAS in the smart bidding strategy will be removed and their functions will be integrated into other strategies. The Broad Match Modifier(BMM) for keyword matching type is also officially gone. Besides, to combat repeated violations of advertising policies, Google announced in the past month (July) that it will initially test a new “strike” system. Have you reviewed your Google advertising account to make adjustments in response to these changes? Let us walk you through them one by one!

Now, when you create a new bidding strategy for a search campaign, the following options will appear: 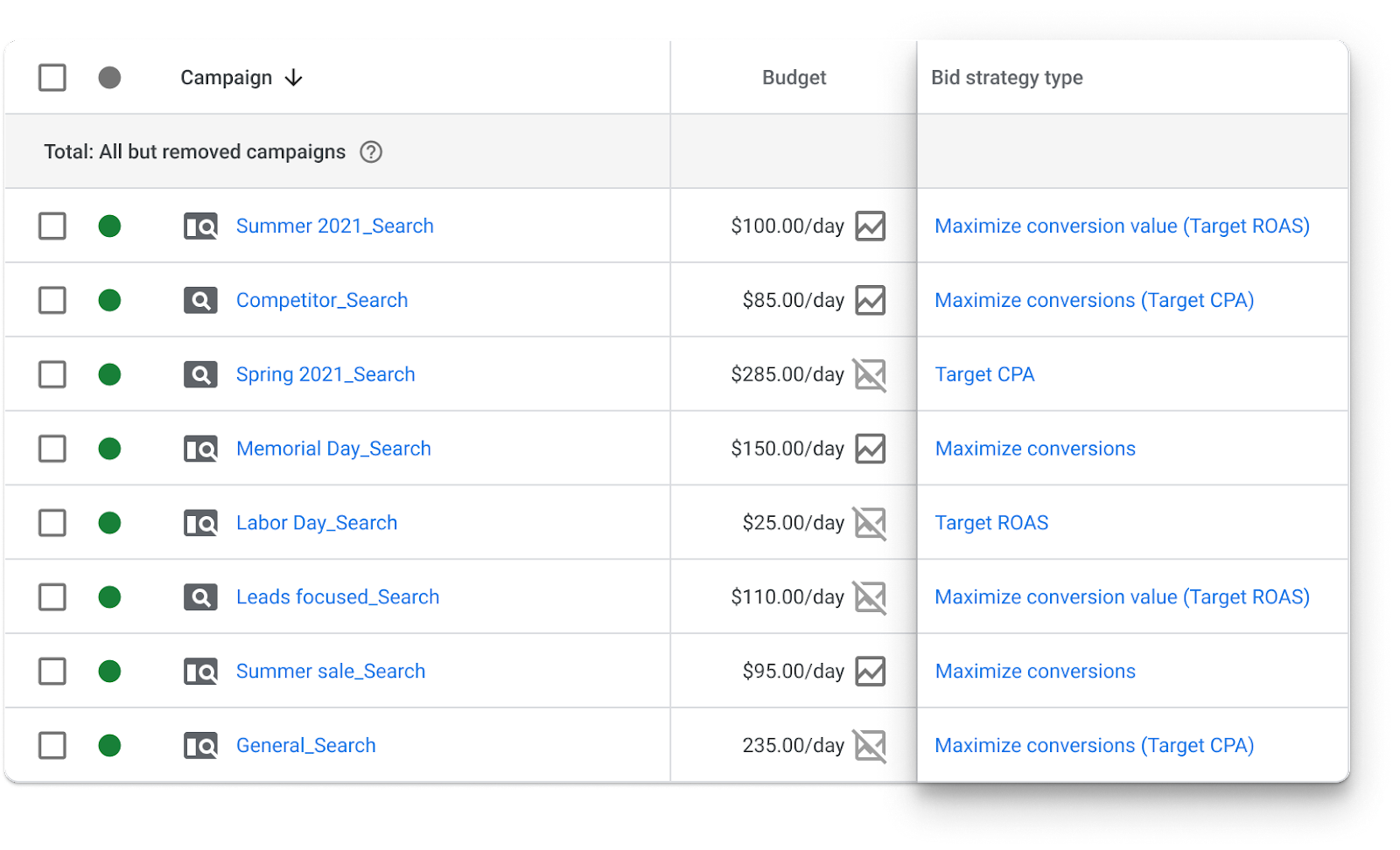 Although this change does not have a significant impact on advertisers, it just means that they need to use other settings to achieve their goals, advertisers should also check whether the account is properly set up and understand how various bidding strategies work, so they are able to select and optimize the most efficient strategy for their goal.

When a BMM keyword is converted, it will be removed, then a new keyword will be created in the specified match type, and the keyword statistics will also start from the beginning. However, advertisers can still view the performance metrics of your removed BMM keyword in the interface for reference.

To make it easier to manage your account in the future, Google recommends that you integrate and switch duplicate keywords to different match types. You can check the “Suggestions” page of Google Ads Manager. If a keyword also exists in the same ad group through Phrase Match, the “Remove redundant keywords” recommendation will be displayed on the page. At the same time, in order to facilitate your conversion of BMM keywords to other matching types, different solutions have been added in Google Ads and Google Ads Editor. For details, please check out the FAQ section here! If you have not organized your keywords in response to the new matching type, I suggest you act as soon as possible in order to start collecting new keyword statistics for analysis, monitor the performance of your ads, and make adjustments in response to changes in traffic. At the same time, regularly reviewing the suggestions for “new keywords” can help you maintain keyword coverage.

Google issued an announcement last month (July),  in order to provide a reliable advertising experience to users and advertisers, Google has introduced a new ‘strikes’ system, and is about to conduct a preliminary test implementation by suspending advertising accounts with repeat violations to combat behaviors that go against the policies.

The news of the “strikes” system has worried advertisers as Google has mistakenly labeled advertising content as a policy violation before. Advertisers are worried about whether their accounts will be suspended due to these system errors. However, Google has also set out some checks and balances to ensure that only accounts that actually violate the policy will be punished.

The new system will start testing in September, so far the current plan is only being applied to the following three categories: “Enabling Dishonest Behaviour”, “Unapproved Substances”, and “Dangerous Products or Services”. Any advertisers who violate the above policies will receive warnings and strikes. In fact, these kinds of adverts have always been banned, but the current method will increase penalties with each strike applied.

However, if the system detects egregious violations, such as creating new accounts to bypass multiple strikes, phishing, or misrepresentation etc., the account will be immediately suspended.

How does the “Strikes” system work? 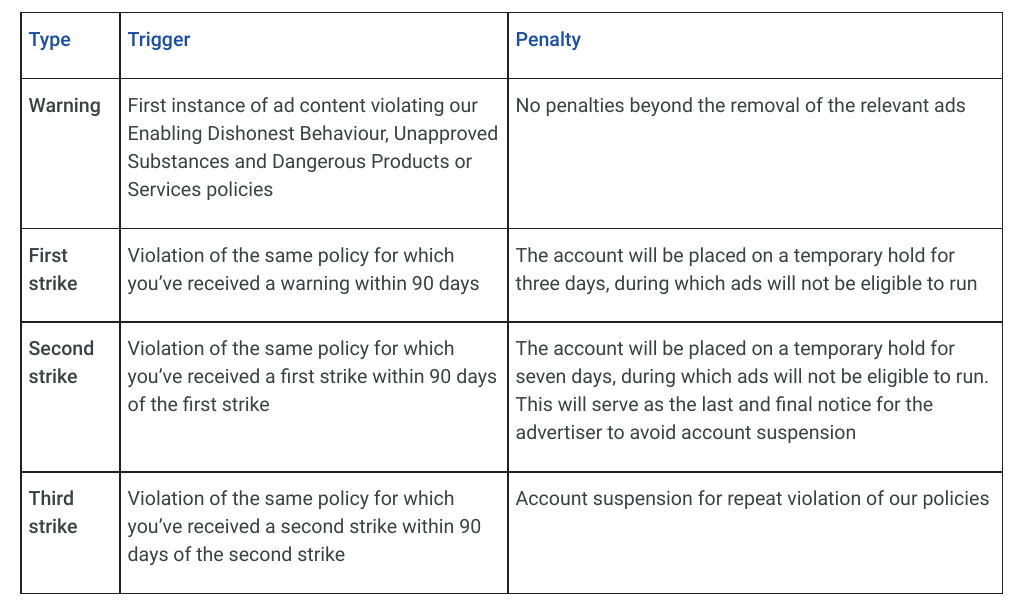 Please keep in mind that advertisers can still appeal any policy enforcement decision. If any strike is successfully appealed as incorrectly marked as a violation, the strike will be deleted and will not be counted.