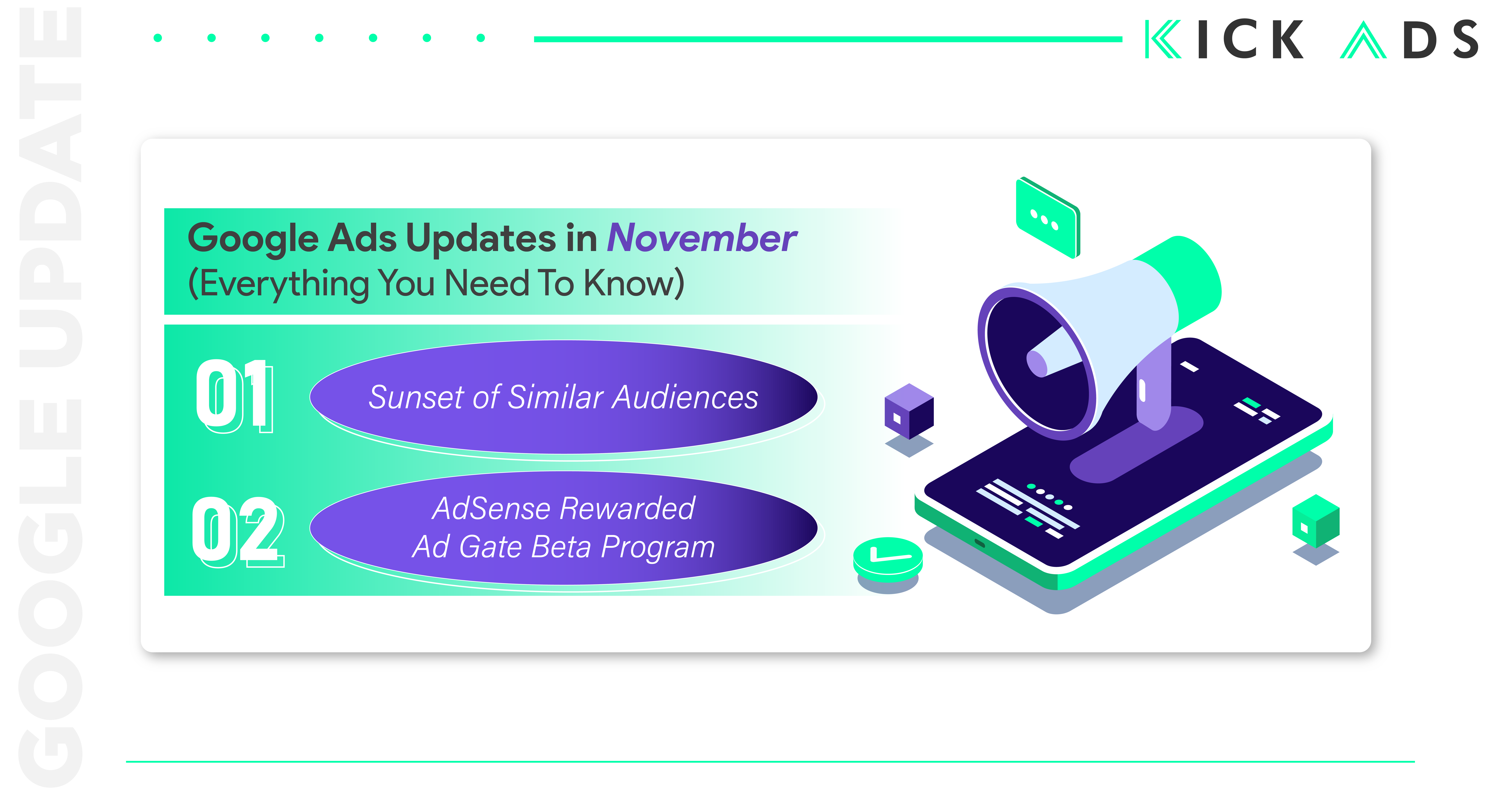 For the google ads updates in the last month, Google announced that “similar audiences” will be phased out in 2023, and the existing similar audiences will no longer be added to campaigns and ad groups on Google Ads and Display & Video 360 starting from May 2023. On the other hand, Google AdSense is currently rolling out a test on the Rewarded Ad Gate Beta Program for publishers. Let’s dig into these updates together. 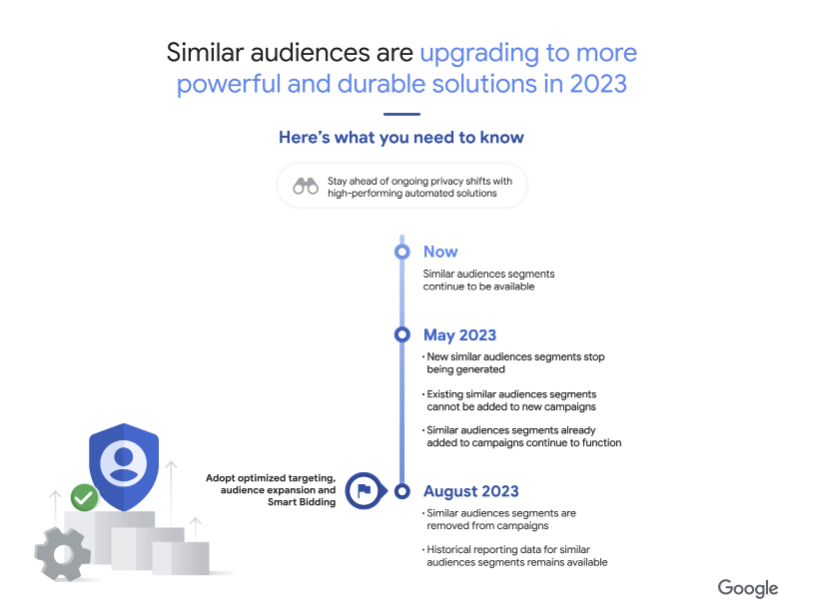 As similar audiences are being phased out, Google is replacing them with more robust and automated solutions, which are Optimized Targeting, Audience Expansion, and Smart Bidding, to optimize the performance of different campaigns. Let’s take a quick look below:

How to prepare for the changes? 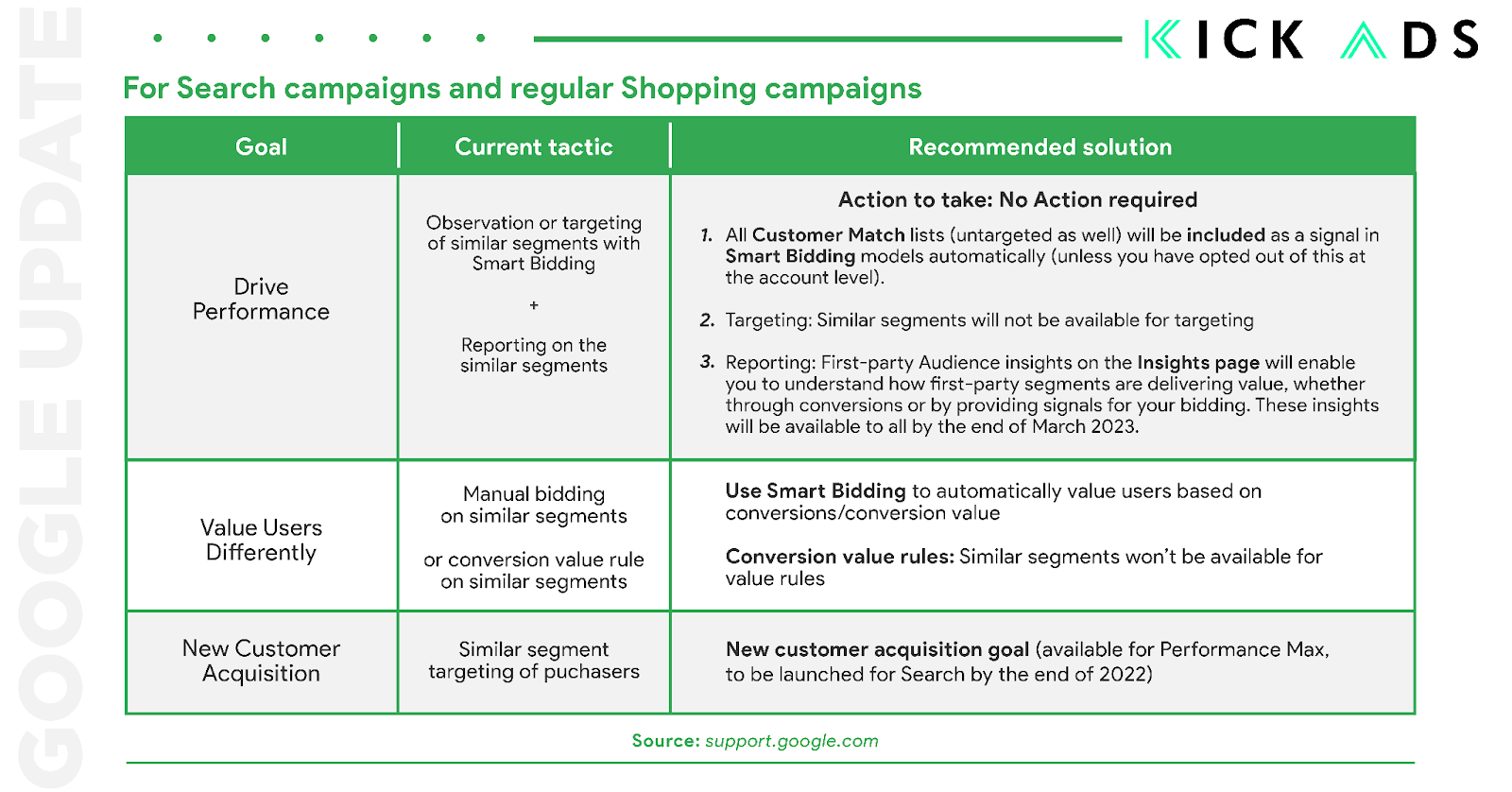 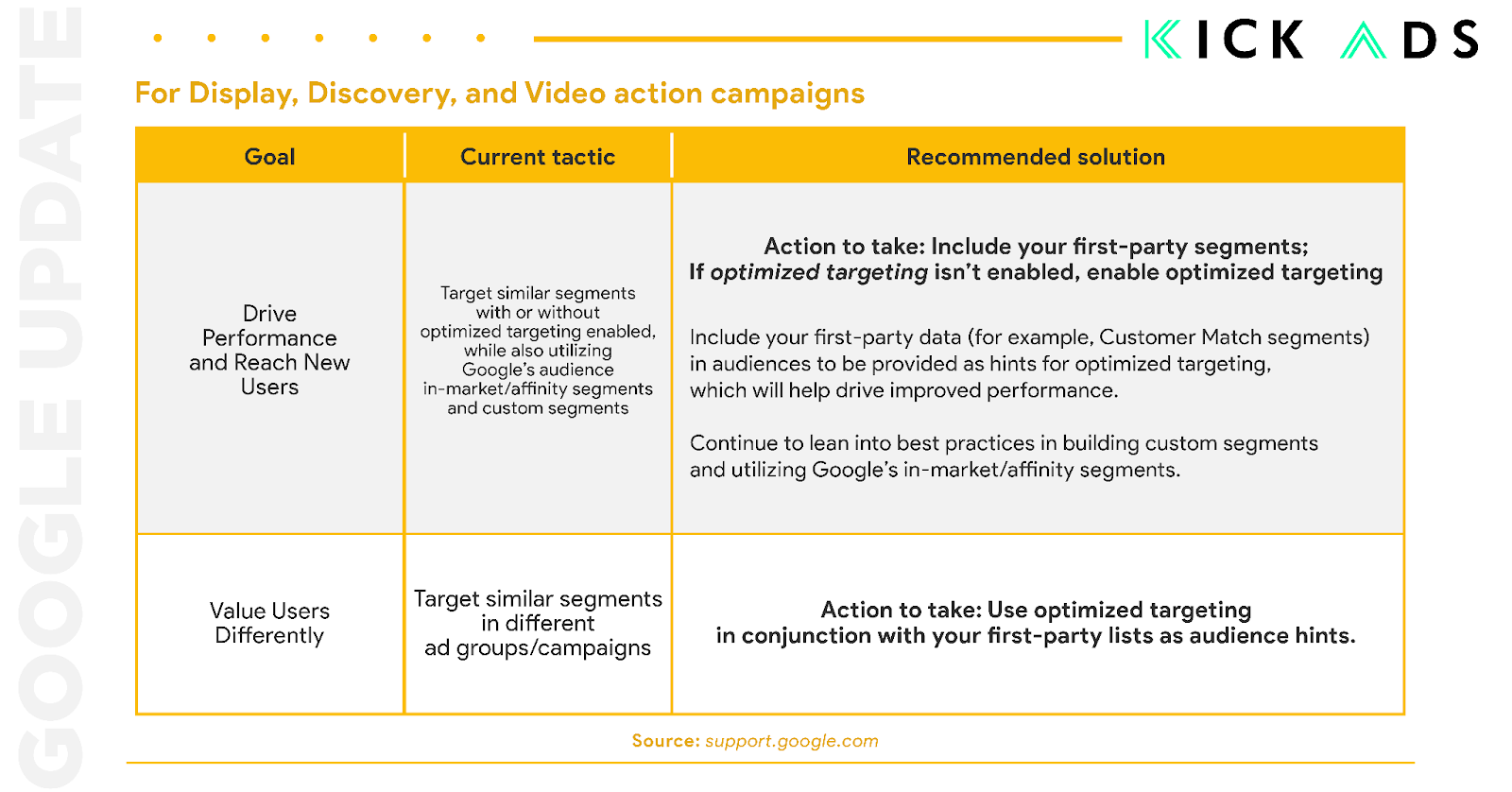 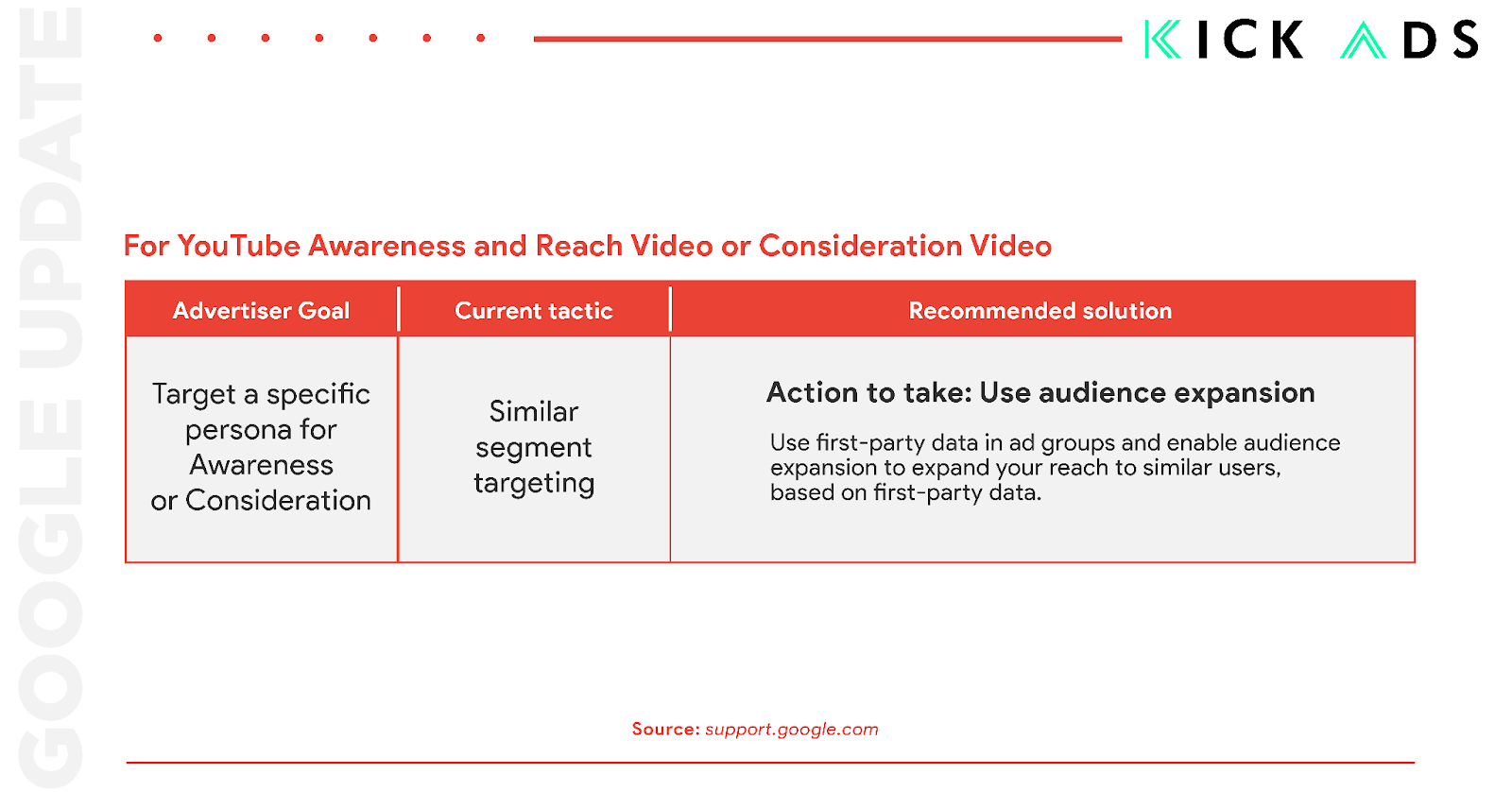 According to a post in the WebmasterWorld, Google AdSense is rolling out a new ad test called Rewarded Ad Gate Beta Program, which aims to let publishers serve their frequent visitors with long-form/playable ads.

What are Rewarded ads?

As described in Google AdMob, the Rewarded ads allow users or audiences to watch a video or engage with a playable ad in exchange for a reward within the app such as receiving an extra “life” for the mobile game players.

As mentioned in the post, the Rewarded Ad Gate beta program provides a way for publishers to monetize their most engaged users and collect additional ad revenue from the frequent user on your site. Below is the image illustrating how it works: 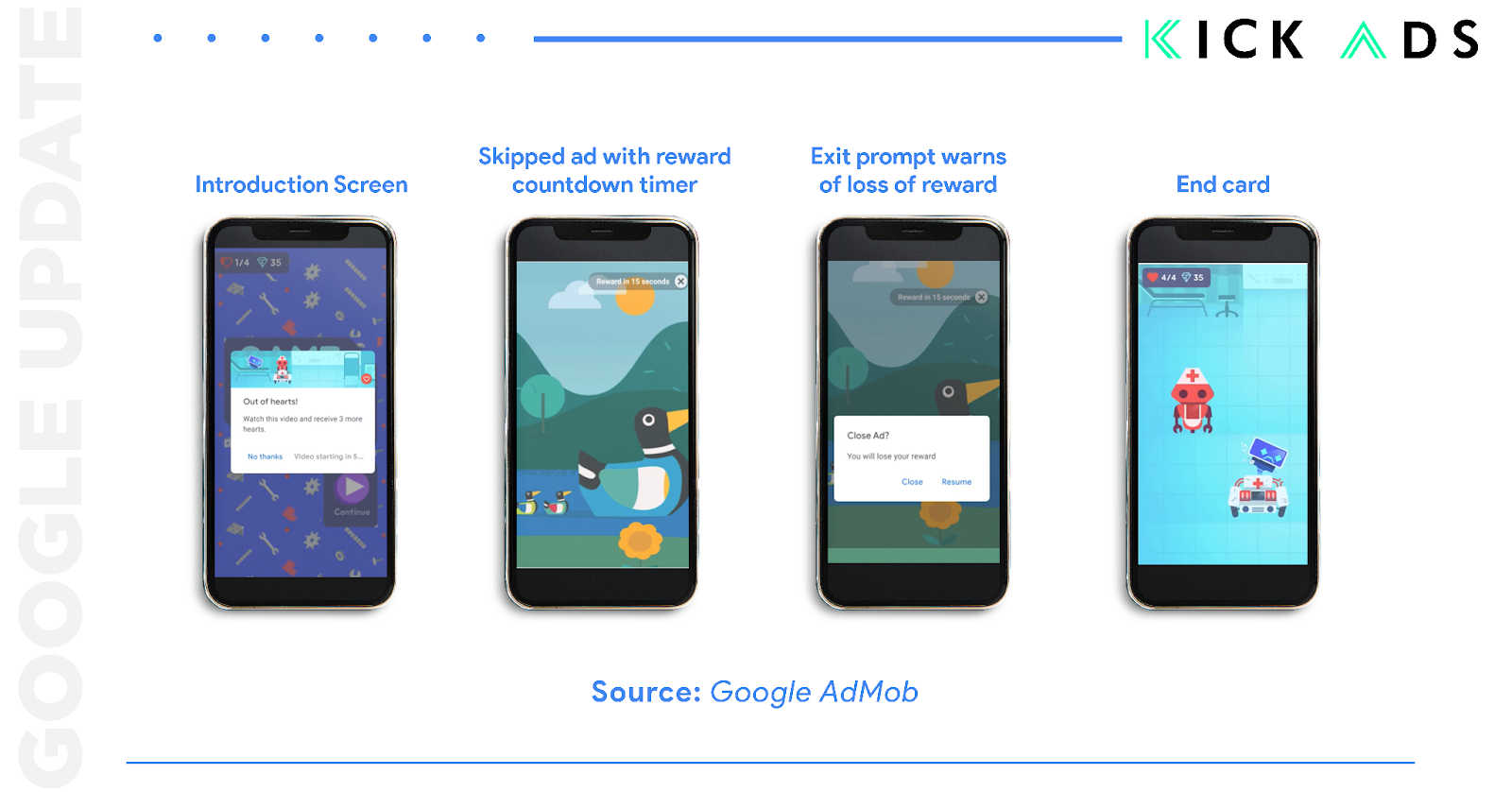 For users, it will be an alternative way to enjoy extra benefits or free article views at that particular website without signing up or subscribing to any membership. At the same time, publishers can also monetize from their frequent visitors to gain extra ad revenue. However, there hasn’t been any official announcement regarding this new Google Ads update yet. Let’s wait for that!